Once again, the City has experienced a tragic terrorist incident in Fishmongers’ Hall and on London Bridge: an attack resulting in the loss of two innocent lives and the death of a terrorist suspect who was intent on causing maximum loss of life and harm to our community. All of us at the City of London Police would like to offer our thoughts and condolences to the victims’ families and their loved ones.

I am proud to say that the response to this attack by our firearms officers was exceptional, both in the speed with which they arrived at the scene and the calm and professional way in which they neutralised the threat to protect the public. Their efforts were then replicated by the fantastic work carried out by our response officers, who provided vital life-saving emergency first-aid in and around Fishmonger’s Hall and London Bridge.

I would also like to acknowledge and thank the members of the public who showed such tremendous courage in challenging the attacker, restraining and apprehending him until our officers arrived, thinking not of their own safety, but that of others around them. Their actions undoubtedly prevented further loss of life and serious harm. I think you will agree with me that they were outstanding.

The investigation, led by the Metropolitan Police’s Counter Terrorism Command, continues apace. Whilst establishing the full circumstances is of primary importance, we understand the need to return London and the City to business as usual as soon as possible, especially at this important time of year. Over the weekend, the crime scene and nearby restrictions will reduce, with a view to returning to normality as soon as possible.

We will also continue to provide important reassurance and visibility to all of you in the community. We have increased the number of officers you will see out and about, and it’s important to emphasise that this is primarily to act as reassurance for the many people who live, work in or visit the City. An act of terrorism, no matter how shocking, will not succeed in preventing any from us from getting back to business as usual, as swiftly as possible. 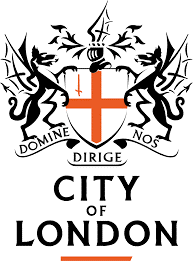